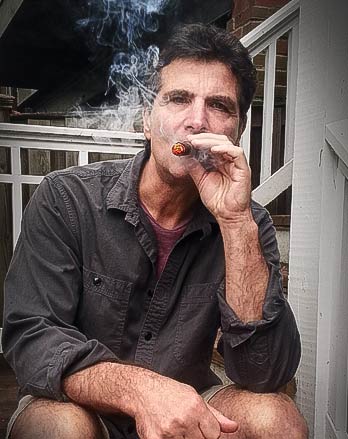 Roy Feinson is an artist, writer and graphic software engineer credited with pioneering the genre known as impressionist mosaics. With a degree in photographic science and visual communication obtained in South Africa, he has designed and implemented numerous software-driven systems for graphic and scientific applications. His graphic programs are based on artificial life and artificial intelligence algorithms, and he is credited as the inventor of cell-phone predictive text with his patent for an Interpretive Tone Device.

Feinson believes that vision is a construct of our brains and is not always an accurate reflection of the real world. As an artist he feels a responsibility to evoke new ideas and present the world in a way it has never been seen before. In the process, he has developed a number of graphic software systems which includes his forensic technology used by California Law Enforcement, which restores otherwise invisible detail to videotape and film.

His award-winning artwork has been internationally published and he recently completed a commission by Disneyland to create 38 large scale mosaics for the park’s 50th anniversary. The project featured the world’s largest photographic mosaic and the only tri-level mosaic ever created. He has been a guest on CNN, winner of C-SPAN’s art contest and has appeared on hundreds of radio shows all over the world. He was featured subject of the documentary Behind the Orange Curtain in which he discusses his philosophy of art and science.

In 2007, Feinson was selected as the Grammy™s featured artist for the 50th anniversary show, creating a piece that featured the world’s first free-form photographic mosaic. Feinson also serves as the Art Director for Project S.N.A.P., a non-profit organization designed to give K-12 students and their families the opportunity to speak out on issues that matter to them using art with a message.

Feinson’s three best-selling books, The Animal in You, Animal Attraction (St. Martin’s), and The Secret Universe of Names (Overlook) have been translated into ten languages and are focused on the evolutionary underpinnings of human behavior. He is currently working on a book detailing a novel theory of what animals actually see entitled, The Zebra’s Stripes.