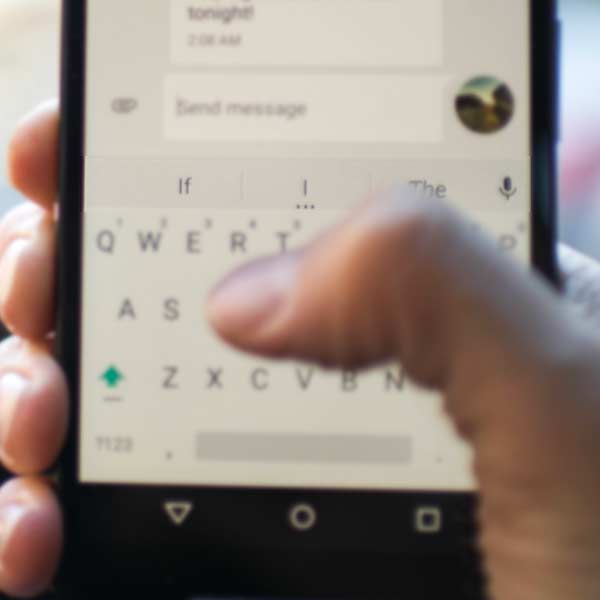 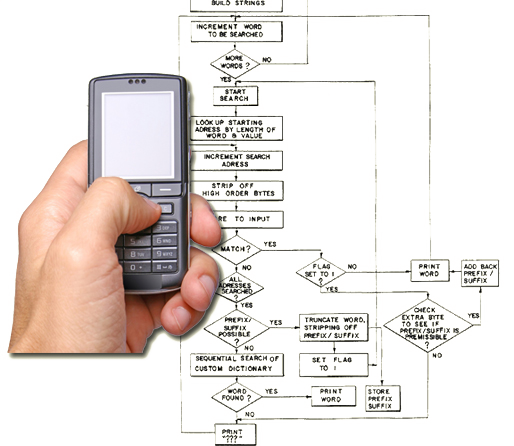 Roy Feinson is credited with building the first fully functional predictive text system in 1988, well before the wide introduction of cell phones. A U.S. Patent was granted for an apparatus that allowed deaf users to communicate over the telephone, since in the days before the internet, the only other way for a deaf person to communicate over phone lines was with a TDD (Telecommunication Device for the Deaf), and everyone in the deaf person’s circle had to purchase an expensive piece of equipment.

His solution was to turn an ordinary phone into a typewriter. To send the message “hello”, for example, the user would simply press 4(ghi) 3 (def) 5 (jkl) 5(jkl) and 6 (mno). Of course, since each number represents up to three different possible letters, a software decoder needed to ‘disambiguate’ the text. Now, only the deaf person needed a device to read what others were typing, and responses could either be by voice or voice synthesizer.

The process required a dictionary to be built into the unit, which in 1988 presented a problem since memory was expensive and limited. To stuff a 40,000 word dictionary into the system, the patent outlined a method of using single bits to denote suffixes and prefixes. Therefore, the words KICK, KICKING, KICKER and KICKED and KICKS could all be stored in memory for the cost of only 5 bytes. Even with the limited memory available, certain grammatical rules and predictive abilities were built into the system that even modern systems don’t use. By considering verb, noun and pronoun placements, for example, the system could automatically resolve the ambiguity of 2255 63 (which could be either “CALL OF”, or “CALL ME”).

Today, predictive text is built into virtually every modern cell phone and allows the user to type a message on a phone keypad just as they would on a regular keyboard.