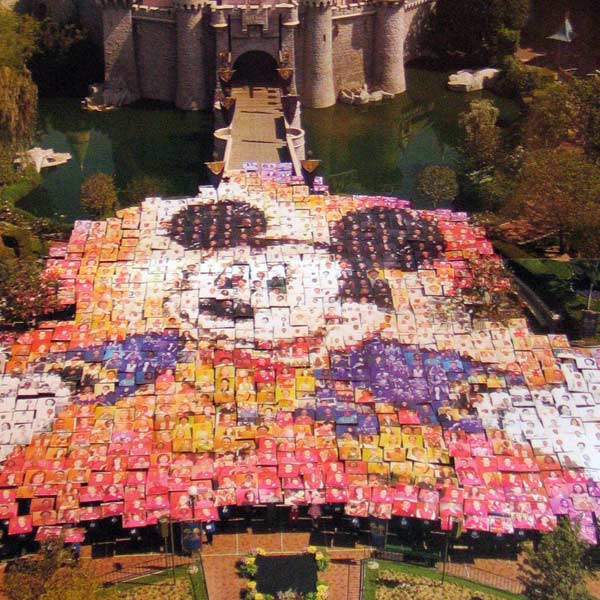 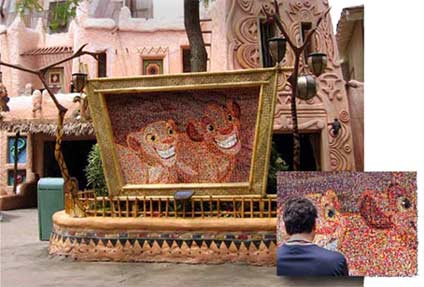 When Disneyland planned its 50th Anniversary celebration in 2005, they called on Roy Feinson to create a series of large scale mosaics throughout the park… Read More. 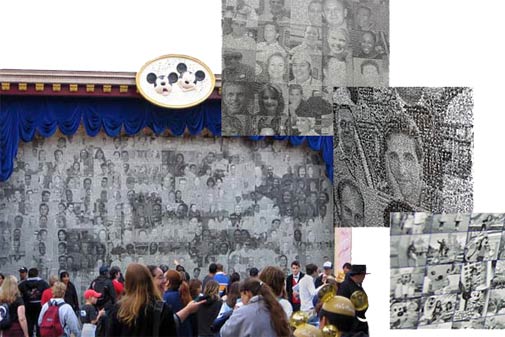 As a centerpiece for The Happiest Faces on Earth, Doubletake produced the world’s first tri-level mosaic featured in the park’s Town Hall entryway… Read More. 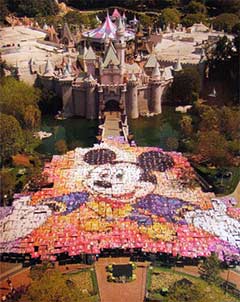 On July 17, 2004, three months of planning culminated in a spectacular presentation as over a thousand Disney cast members assembled in front of… Read More.