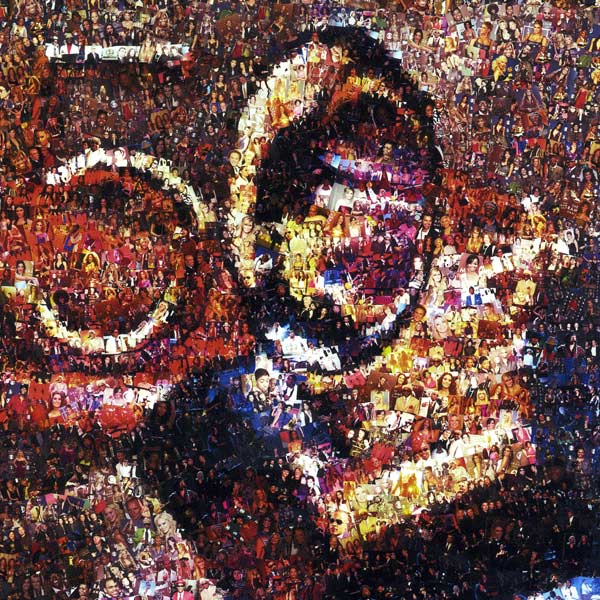 “We are proud to have Roy Feinson, a true artistic innovator, create this brilliant mosaic that reflects our journey and brings the past, present and future alive in an amazing, detailed image”
~ Recording Academy President Neil Portnow

The Grammys® named Roy Feinson as the featured artist for their February 2008 50th anniversary show and commissioned him to create artwork for their commemorative magazine cover, poster, and backdrops for the GRAMMY® nominations (read the press release).

Actual photographs taken of past Grammy® winners were arranged in a seemingly haphazard fashion (at various orientations and sizes) to create the main image.  At the time, this was a new technique, and  “I wanted to evoke a musical jam session in which musicians play their own styles while dovetailing with others band members”

The artwork was unveiled at a Grammy® press conference by 27 time Grammy® winner Quincy Jones and Joss Stone. The five foot tall mosaic is now part of the permanent collection at the new Grammy® museum in Los Angeles. 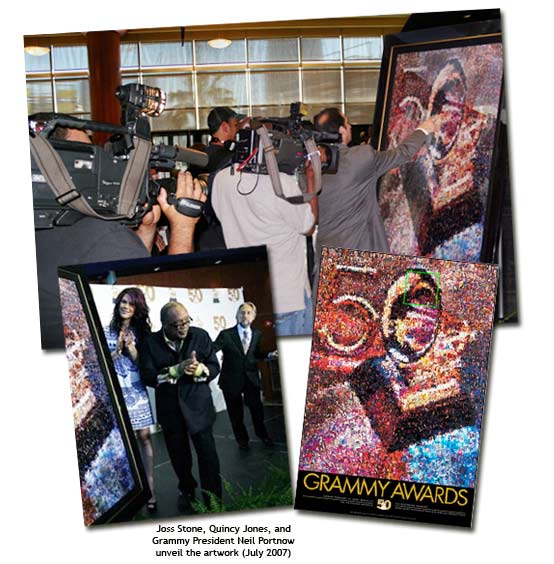