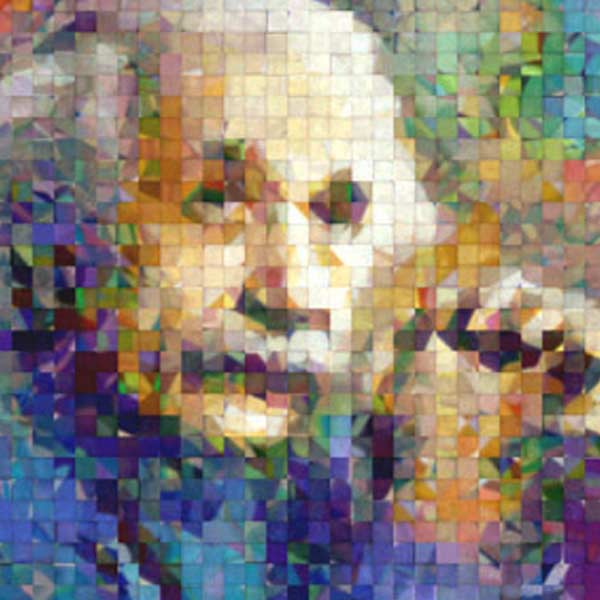 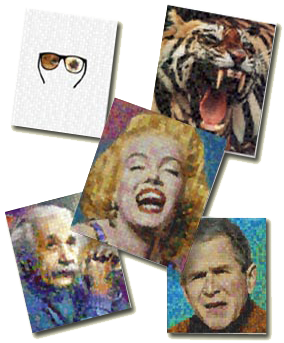 In 2001, Feinson came up with something quite remarkable… the world’s first invisible mosaics.

Constructed with plastic polarizing materials, these images appear totally transparent to the naked eye, but viewed through ordinary polarizing sunglasses, the mosaics explode with color to reveal their hidden images.

But that’s not all. Feinson also constructed the world’s first dual-polarized mosaic, so that if two people were viewing the same mosaic (but are wearing polarizers with slightly different orientations), both people will see completely different images.

These hand-made, eye-opening artworks are perfect for introducing people to the dynamics of polarization in science museums or in classrooms. 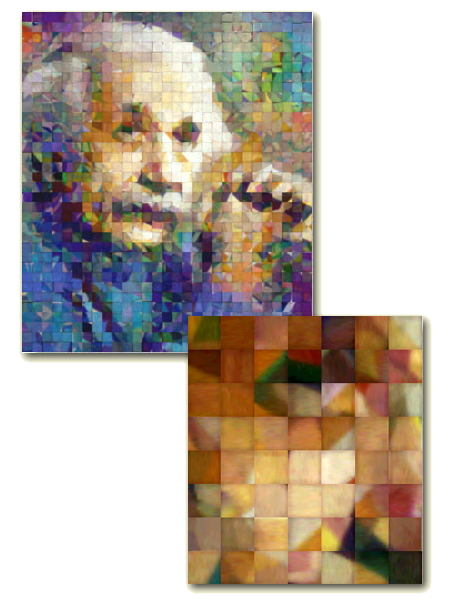 The world’s first invisible mosaic appears on the right.

Handcrafted from over a thousand randomly created plastic squares, the mosaic appears completely clear when viewed by ordinary light.

But when viewed through ordinary polarized light, the image leaps into view with a wild variety of color.

While the technique’s veiled messages make it a powerful, eye-grabbing medium for billboards, booth displays and interiors, it is also ideal for educational purposes at museums and in scientific displays.

The unpredictable colors in the tiles are a product of refracted polarized light and extreme care had to be taken in measuring these colors before placing them into the mosaic. 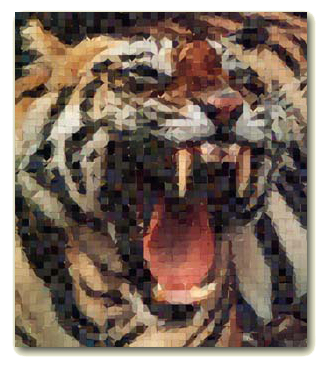 Another example of what can be created through this remarkable process.

This tiger relied heavily on whites and blacks (fairly easy to achieve) but also required a large number of flesh/red tiles which are challenging to reproduce. 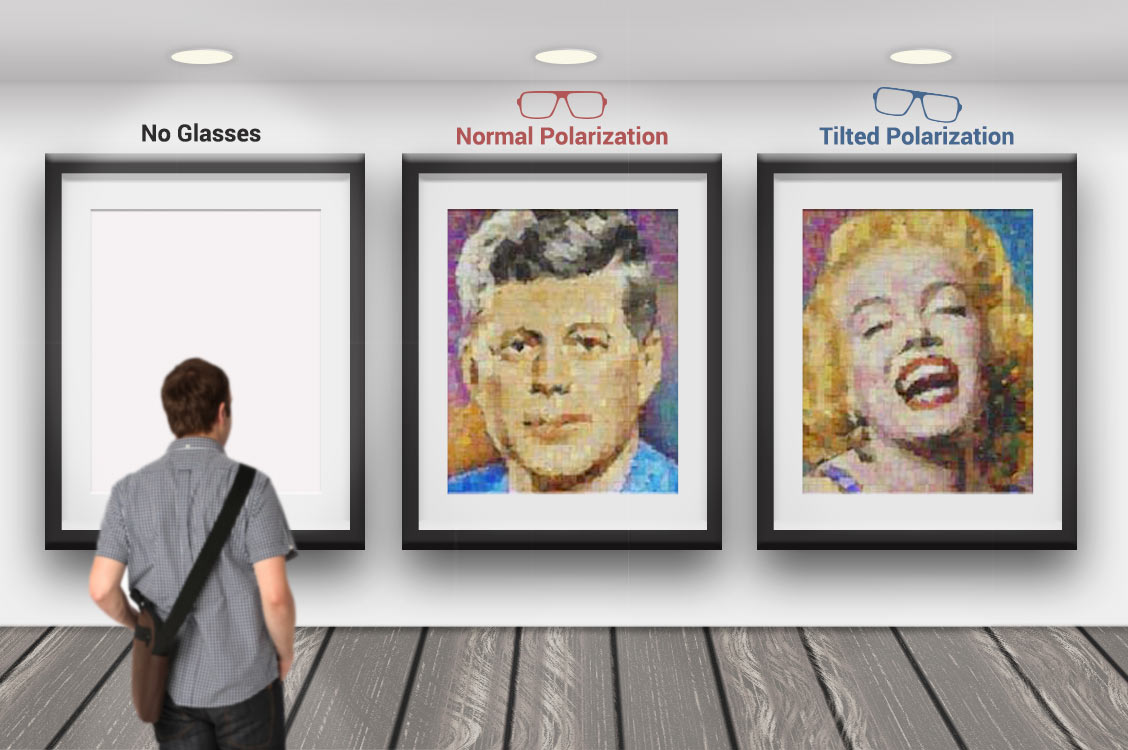 The following sequence demonstrates the extraordinary nature of dual mosaics.

These works serve as a reminder that everyone sees the world in a slightly different way. 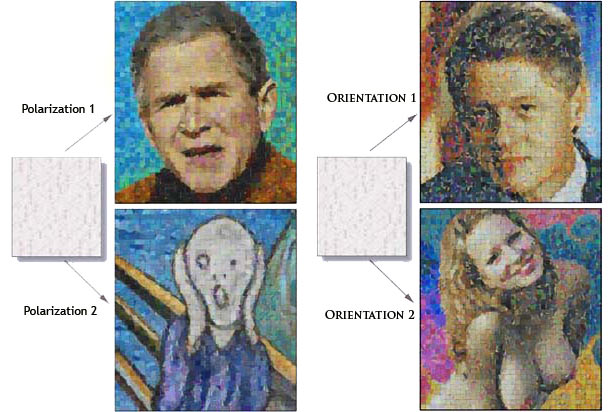