On July 17, 2004, three months of planning culminated in a spectacular presentation as over a thousand Disney cast members assembled in front of Sleeping Beauty’s castle each holding a giant photo of themselves. The live event for Disneyland’s 49th birthday was also the kick-off for Disney’s 50th Anniversary Project, The Happiest Faces on Earth.

To the accompaniment of smoke cannons and an all-star band, the pictures were lifted on cue to create the image of Mickey and after a few seconds, a few pictures were flipped over to simulate a wink from Mickey. Spanning over 10,000 square feet, this real time mosaic set a world record as the largest photographic mosaic ever created. 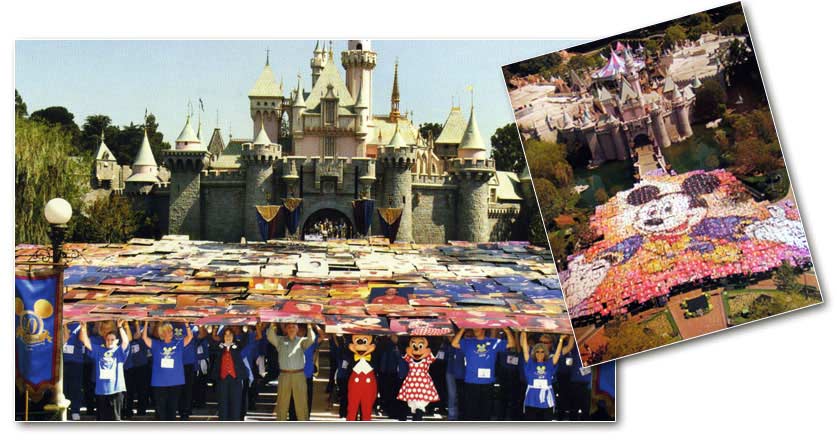