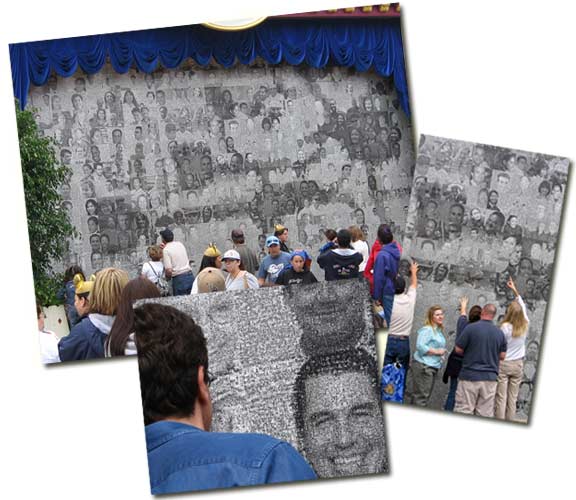 As a centerpiece for The Happiest Faces on Earth, Doubletake produced the world’s first tri-level mosaic featured in the park’s Town Hall entryway.

Nearly half a million photos were used to create this spectacular 900 square foot mosaic and every photo was locatable via a special booth next to the installation.